Skip to content
You are here
Home > Subjects > VIP Birth

In psychic training, “Spirit Babies” are said to be tiny specs of light representing the future manifestation of a child. The presence of a Spirit Baby is an indication of its intention to be born, though of course there is no guarantee of that occurring. These entities are particularly attracted to the emotional habitats of desire and affection where they are generally just hanging around waiting for humans to create them with their bodies. Sexually active individuals are likely to spend their days in the company of Spirit Babies, who are floating around in anticipation of their calling. Therefore, the sighting of a Spirit Baby is a good way for sensitive persons and perhaps those who may encounter the occasional extrasensory experience, to identify the strong possibility of a pregnancy resulting from sex. If birth control is being used, the sudden appearance of a Spirit Baby could mean that the method will fail – the condom could break, an appliance may dislocate, a minute amount of sperm could find its way, etc. Needless to say, if pregnancy is not desired, a person may want to stop and re-think about how they are going about things.

A message from the other-world regarding birth, is not exactly foreign to Christian theology and stories of the Bible depicting the birth of Jesus. The angels of God came down from heaven to earth (in person) to organize the event from start to finish – and they told a lot of people. Not only were both of Jesus’s parents notified and prepped, but also, random shepherds working in the fields of Bethlehem; prophets from other, potentially unfamiliar, tribes; the ‘magi’ sidekicks of mobile merchants selling luxury items, and so on (Matt. 2: 1-6). A full list of persons were alerted by the angels, and once that was done, they also named the child themselves (Jesus), and provided Mary and Joseph with some very specific, Dr. Spock-type directives (Luke 1).

In my book Tarot For Parties! due out this fall, I wrote about some of the research relating to the biological relationship between humanity and the stars. Lotzof (2018), in Natural History Museum, also wrote of this physiological link, which is evident in materials such as residues sampled from primitive meteorites. These substances demonstrate the way the elements of a human body formed throughout multiple star life-cycles over billions of years. Scientists have also stated the likelihood of human hydrogen and lithium originating from the Big Bang.

Is it possible then that Spirit Babies, if they actually exist, are simply memories of our past existence as stars? That perhaps there are various impressions of light somehow preserved in our consciousness; residing deep within the evolutionary memory of our species… 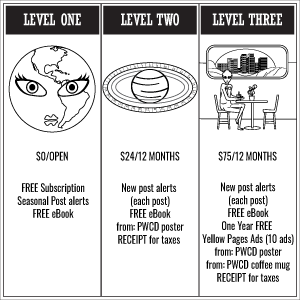